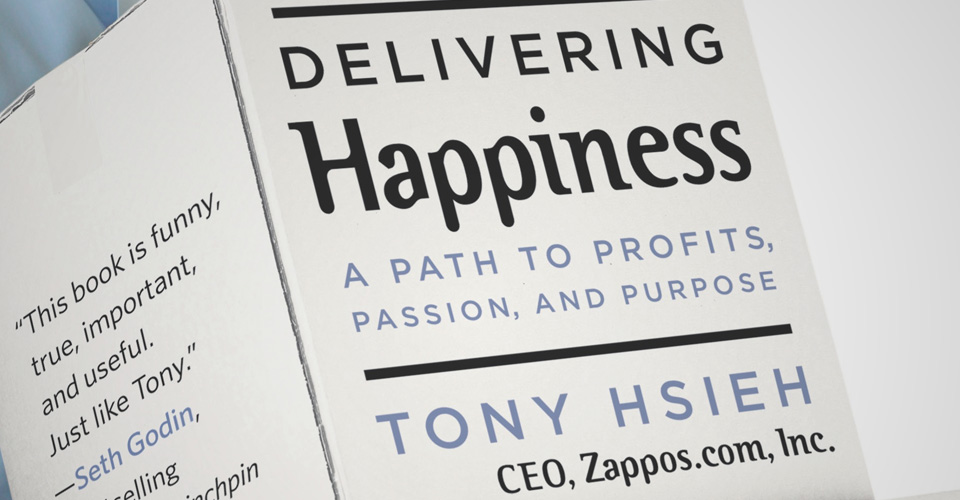 The book was recommended on a podcast called "The Random Show" hosted by Tim Ferriss and Kevin Rose.

The book is about an American company called Zappos. It is written by the CEO of the company, Tony Hsieh’s. He describes his challenges and victories he encountered whilst building the company which later was acquired by Amazon, in Amazon stock worth 1.2 Billion dollars. Zappos is an E-commerce website mainly focused in the shoe business. Tony invested in Zappos with money he earned from selling his first internet company to Microsoft. The book is structured in three parts. Profits : For a company to survive, the cash flow has to be positive over the long term. Tony explains how he first invested in Zappos to allow the company to grow and mature its business model. While the invested money was running out, Zappos looked for more investors but at the time nobody was willing to invest in them. Tony then invested almost all of his own worth into the company., while working hard to make the company profitable. This chapter shows that while your business may be growing, without the support of big investors, being cash flow positive is a necessity for a business to survive.

Profits and Passion: This part of the book sets the emphasis on the passion you have to hold for your role and responsibilities in the company. The book includes many E-mails from Tony that were sent to the whole company, E-mails which included good and or bad news. Zappos made the decision to put a lot of effort and emphasis on the company culture. They set out to make the workplace a place, where people actually are looking forward to got to on daily basis. The key is to put value in work/life integration instead of work/life separation. Zappos took a very different approach to management and leadership. They defined a set of core values that defined the company. Those values are: - Deliver WOW Through Service - Embrace and Drive Change - Create Fun and A Little Weirdness - Be Adventurous, Creative, and Open-Minded - Pursue Growth and Learning - Build Open and Honest Relationships With Communication - Build a Positive Team and Family Spirit - Do More With Less - Be Passionate and Determined - Be Humble They made sure every employee knows the Core Values of Zappos and most importantly acts according to them. Tony explains the critical hiring process of people that fit the company culture. They have developed a pipeline of employee roles which most new hires go trough while earning promotions along the way. This pipeline allowed the employees more control over their success in the company while at the same time removes the direct dependency on a single employee for specific tasks. There will always be someone else who is going trough the pipeline process who is capable of doing the same tasks.

Profits, Passion and Purpose: The last part of the book goes into the long-term accomplishments and sustainability of the company. Tony explains for a company to have success over a long period of time, the element of passion almost always is one of the most important factors. They put an enormous emphasis on customer experience which in turn resulted in returning customers, allowing the business to stay relevant and gain market share over time. In the end, Tony goes into the pursuit of real happiness and he explains three major parts of happiness. Pleasure: Short term high, shortest lasting. Passion: Also known as flow, peak performance meets peak engagement where time just flies by, second longest lasting. Higher Purpose: Being part of something bigger than yourself that has meaning to you, the longest lasting.

At last, Tony mentions the parallels of true happiness to a successful business. The only part that is different is the short lasting part, pleasure, which is replaced by profits. The passion and purpose elements are the same and the key for long term success.

Having the goal of owning a company with a team of employees, I will definitely make the effort to build a good culture while building the team. I also will undertake the concept of employee pipelines as soon as it starts makes sense for the company. In my own process of finding true happiness, I will focus on my passions ( Information Technology, Health, Music ) while aspiring to ultimately find my purpose in life.

I recommend this book to anybody who is entrepreneurial and wants to learn more about building a company culture and about the relationship with work and happiness. Moreover, to everyone who wants to know more about the story of Zappos.